Parenting by the Era: What Kind of Parent Are You?

There’s never been a greater time to be a parent than now. Today’s modern American parents are the most doting generation of parents that history has ever seen and we have more information available to us than ever before about how to keep our children healthy and safe.

But, maybe you long for a simpler time, in which we didn’t know about the dangers of BPA or when picking a carseat wasn’t such a painstaking decision. Better yet, when sending your kid to college wasn’t such a tough competition!

Let’s take a walk down memory lane and look at different parenting styles by the era.

Which kind of parent throughout history are you?

Before written history, it was something of a miracle if a child made it to be of the reproductive age. And so, attachment parenting was born. But not for the reason it exists today—if kids weren’t literally attached to an adult, they could get snatched up by a mountain lion!

While attachment parenting was the solution to a different problem than it is today, psychologists believe that it did lead prehistoric parents to having offspring that were more empathetic and emotionally intelligent.

If you were a parent, in those days, you most likely took turns taking care of ALL the kids in the tribe. The phrase, “It takes a village…” doesn’t come from nowhere. When survival is the key aim of a group, duties are divided and delegated. Even non-parents and older children were constantly surrounded by children who needed looking after.

Breastfeeding versus formula? Not even a question. Moms breastfed practically until their kids’ baby teeth fell out.

Instead of sending the kids to school, prehistoric parents let their kids learn a thing or two while playing with other children.

And lastly, being conscientious of others in the tribe, parents didn’t let their kids just “cry it out” like many parents are persuaded to do today. If all the parents in the tribe just let their babies cry all through the night, no one would get any sleep in such close quarters!

In sum, prehistoric parents invented attachment parenting, had to do everything the 100% natural way, and relied on the tribe for all the support they could get. 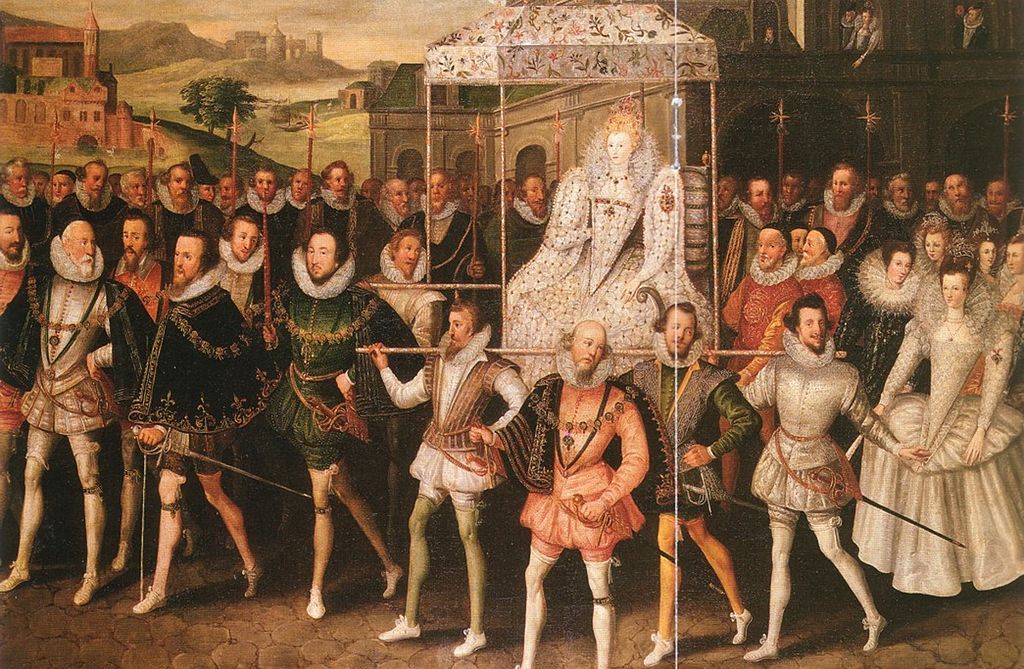 Fast forward tens of thousands of years, when civilizations and societies had long taken root, languages and written works abounded, the new world already “discovered”, scientific discoveries made, and organized religion was a major player in people’s day to day lives.

In this era, about 90% of women entered a marriage by about age 23, stayed at home, and were expected to be completely obedient to their husbands. Men worked and also held all the power in the household. Family life was very important, and the lives of the wealthy families were starkly different than those who were poor.

Children were viewed as subservient to adults, but due to high infant mortality rates, they were also cherished by their parents, once they made it to a certain age. School was not yet compulsory for children and girls weren’t expected to receive any education at all. Boys were often sent to schools where they were taught by the local priest.

According to Centuries of Childhood, by French historian, Philippe Ariès, the concept of childhood did not yet exist and children were simply viewed as “mini-adults”. The parents’ duty was to transmit the social norms of the day to their kin, as well as basic manners and to respect others.

So, if you were a parent in the Elizabethan era, you adhered strictly to the traditional gender roles in your marriage and treated your children like miniature adults.

Many great things came out of the 1600s, one of them being the notion of childhood! This era saw large cultural shifts, one being in the attitudes toward children.

Enlightenment thinker, John Locke, proposed that children were like a blank slate at birth, pure, and innocent. He encouraged parents to allow their kids to learn about actions and consequences on their own, helping them to reach their own conclusions as to how to be a good person, instead of employing harsh discipline.

As capitalism caught on, the middle class grew and a greater focus was placed upon the upbringing of children, along with the rise of protestant ideals in the west. Government started to enact rules that protected children.

Even though children were seen as just that, children, they still had to work to support the household, especially if they were from poorer families.

If you were a parent in the 1600s, you put your kids to work and let them learn life’s lessons the hard way.

In the 19th century, life was still looking bleak for children. Parents didn’t exactly line up to take them to the newest Avengers movie. In fact, wealthy parents were encouraged to spend as little time with their children as possible, even communicating just once a day with them, for fear of spoiling their children.

Wealthy parents relied on nannies to run their kid’s day to day routines, which were rigid and formal while making sure to imbue them with the right values and habits.

Even Winston Churchill was known for saying he could count the number of times he had been hugged by his mother. Yikes!

Poor parents continued to put their children to work as young as age four, working in mining, farming, textile mills, and more.

If you’re like a Victorian Era parent, you probably rely on a good amount of outside help to raise your kids and prefer a hands-off approach.

Parenting During The Roaring 1920s

Enter the beginning of modern parenting. In the 1920s, the infant mortality rate finally began to lower significantly and the government began releasing pamphlets with more information to answer mothers’ growing questions on how to take care of their babies, from diaper changing to baby food recipes.

Profound changes took place in this time: the overall birth rate fell and the divorce rate increased. More women started working in factories, stores, and offices and a special few even got degrees. The “flapper girl” was born, a strong independent woman who defied the norm (who is now a favorite women’s Halloween costume). Birth control was legalized, marriage counseling emerged, and divorce became permissible–in certain circumstances.

The idea of the “companionate family” was also born in the 20s. Completely opposite of the view of family life in the Victorian era, husbands and wives were finally seen as friends as well as lovers and the relationship of parents with their children was that of friends.

Family sizes shrank and it was less necessary for children to take on adult responsibilities, giving them more leisure time and time to actually bond with their parents.

If you were a 1920s mom, you may have been attending women’s suffrage marches after your secretarial work, taken your kids to play at the park on the weekend, and bickered with your husband in marriage counseling. (Alright, that might have been the exception!)

If you had kids in the 1950s, you took part in creating the generation known today as the “Baby Boomers.” After having seen rough times in the Great Depression and World War II, husbands and wives enjoyed a booming economy, stable family life, and emphasized the home and family. Suburban life prospered and children started to receive much more attention than ever before.

The Commonsense Book of Baby and Child Care by Dr. Benjamin Spock was first published in 1946, which sold 500,000 copies in its first six months. The book covered almost any question about parenting, and his message was uniform throughout, “Trust your own instincts and accommodate your kid’s needs wherever possible.”

The notion of trying to understand your kids and their needs finally became a focus of parents, which is something that parents still do today.

Spock wasn’t a firm believer in discipline. (No wonder that the 50s gave rise the rebellious teens of the 60s.)

Families were still very adult-centric in the 1950s, with kids being sent to play out on their own, not to be seen or heard from until supper.

If you were a dad in the 1950’s, you most likely worked from 9 to 5 and lived with your family in the suburbs. If you were a mom, you were most likely a housewife, carrying out the chores while striving for the idyllic family lifestyle with the picket white fence.

Parenting in the 2000s til Now

Fast forward 50 or so years and we arrive at today! The golden age of screens, fake college admission scandals, and social media. 😉

The early 2000s saw parents becoming more and more involved in every detail of their children’s lives. From knowing where they are every second, to driving them to every playdate and soccer game, kids have more of their parent’s attention than ever before.

For better or for worse, “helicopter parenting” became a massive trend that continues today, in which parents are overly involved in their kids’ lives. It’s become a normal thing for parents to fight with teachers over their kids’ poor homework scores or schedule their free time to the brim with extracurriculars.

Today, millennials are entering the age of parenthood, albeit they are getting married later on. Millennial moms are the most likely to work outside the home than ever before, but surprisingly, they also spend more time with their kids than the previous generations of moms.

According to a study by economists Gary and Valerie Ramey, college-educated parents are spending significantly more time with their kids than they did a generation ago. They found that before 1995, mothers spent about 12 hours a week parenting. By 2007, that had risen to 21.2 hours for college-educated women, and 15.9 hours for women with less education. The same trend goes for dads. Another study from at the Wharton School at the University of Pennsylvania found that college-educated men have also stepped up to the plate, spending 9.6 hours per week tending to their children, up from 4.5 hours before 1995.

If you’re a parent today, does this sound like you? You can’t wait to get off work, pick up your kids from daycare, take a million selfies with them at the park, then go home and work on dinner and homework before doing it all over again tomorrow!

Remember, there’s no right way to parent, but we must admit, talking to your kids only once a day like the parents of the Victorian era is frowned upon! Whichever parent you are, just remember to show up. Your kid loves you!

If you are a parent who loves to take endless photos, capturing your kids’ cutest moments, don’t forget to enter your cutie in The CuteKid’s photo contests for a chance to win big! 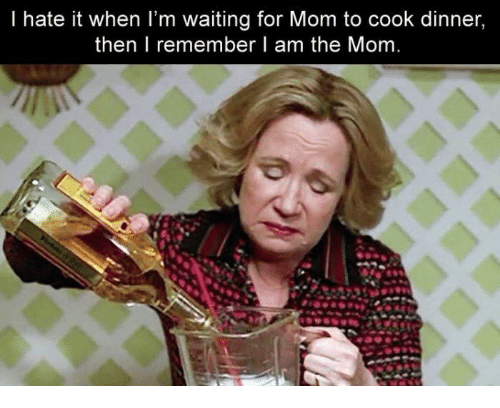 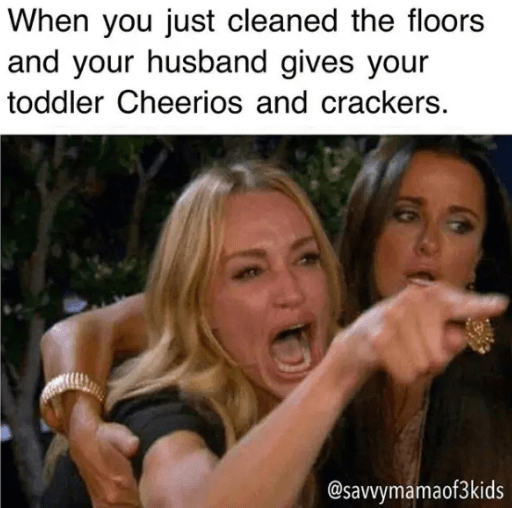 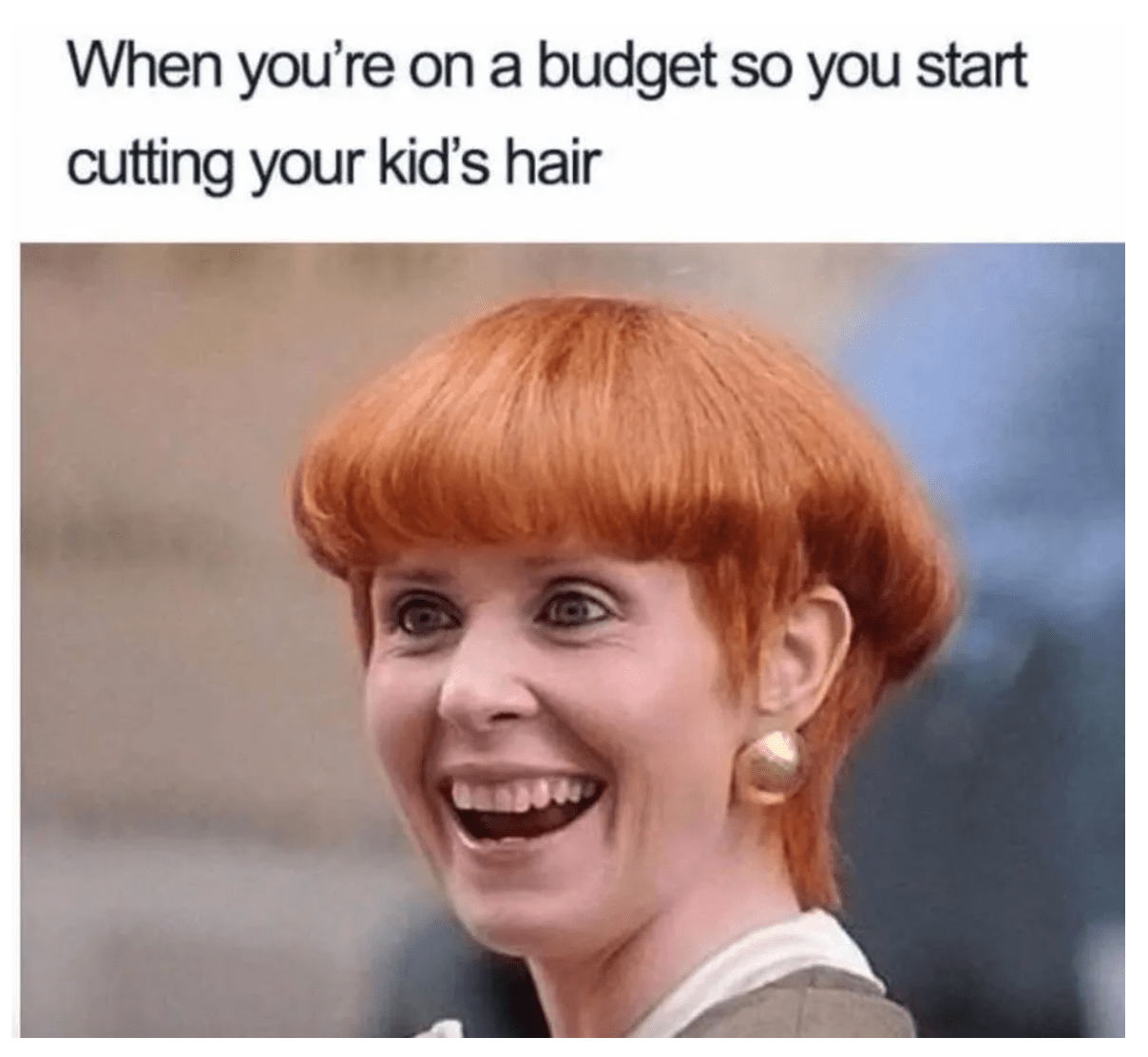 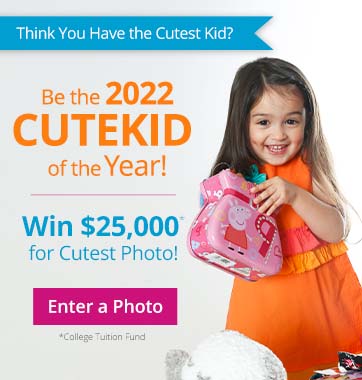 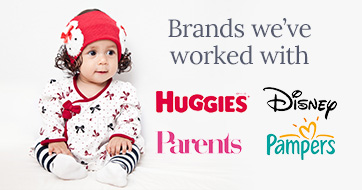 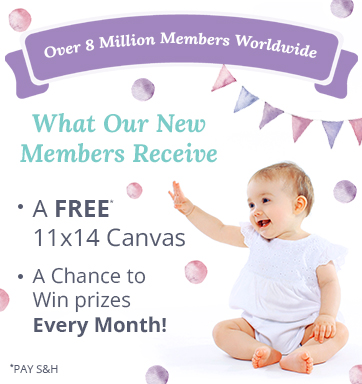